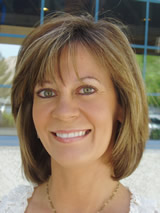 Terry Shade is a nationally recognized Middle School Orchestra Specialist whose past orchestra programs have been selected to perform at the Southern Division Music Educator’s National Conference, the 50th Anniversary Mid-West Band and Orchestra Clinic in 1996, and the Atlanta International Band and Orchestra Conference in that same year. Following these performances, she was featured in the Instrumentalist Magazine discussing effective teaching methods and practices. After teaching for ten years in Atlanta, Georgia, she moved to Las Vegas, Nevada to continue her career in the Clark County School District. She was a director of the Las Vegas Youth Orchestra for six years from 1997-2003. Ms. Shade worked as a Project Facilitator with the district, mentoring a huge staff of orchestra teachers and performing supervisory duties for the Secondary Fine Arts Department and the Curriculum and Professional Development department in the school district for six years during which the string program experienced huge growth. Terry received a state music award for her work with the Clark County Orchestra Programs. The Steve Maytan Contribution to Education Award was presented to Ms. Shade at the NMEA conference in 2004. In the past several years, Ms. Shade was invited to conduct three All State Orchestras, in North Carolina, Georgia and most recently in 2007, Florida. The new ASTA Publication String Teaching in America: Strategies for a Diverse Society includes a chapter written by Terry about her experiences teaching in Las Vegas and working with many at- risk orchestra students in the district. She received her Music Education Degree from Loyola University in New Orleans, studying string pedagogy with Professor Dean Angeles. Her professional affiliations include Music Educators National Conference and ASTA with NSOA. She currently resides in Seattle, Washington with her husband and two children. She is continuing her work as a conductor, clinician and consultant for string education.

Jeremy Woolstenhulme currently serves as the orchestra director at Hyde Park Middle School in the Clark County School District in Las Vegas, Nevada. Mr. Woolstenhulme received his B.M.E. from Brigham Young University in 2000 and an M.A. in Cello Performance from the University of Nevada (Las Vegas) in 2005. His professional affiliations include both MENC, and ASTA.

Mr. Woolstenhulme has enjoyed much success as an orchestra director, performer and published composer with Kjos Music. He currently instructs 350 students in seven (7) orchestra classes that include Beginning Orchestra, Intermediate Orchestra, Advanced Orchestra, Chamber Orchestra as well as a very select String Ensemble. Of the nearly 50 Middle Schools Orchestras in Clark County, Mr. Woolstenhulme’s students accounted for 34% of the 2008 CCSD Honor Orchestra, more than any other of the district’s middle schools. He has traveled with his Chamber Orchestra to festivals in London, Washington D.C., Boston, and New York, earning top awards at every venue.

The Hyde Park Middle School Chamber Orchestra was honored to have been selected to perform at the 2008 Midwest Clinic in Chicago. Under Jeremy’s direction, the ensemble premiered one of his new compositions while playing to a full house and receiving rave reviews.

Mr. Woolstenhulme is also a musician with the Las Vegas Philharmonic, cellist for the Seasons String Quartet, and a freelance musician performing at many venues located on the famed Las Vegas "Strip". He is married to his beautiful wife, Taryn, and they have two children, Cadence Belle and Coda Blake.