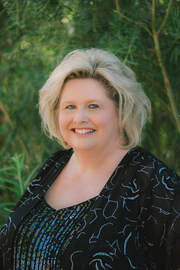 Kimberly Barclay Ritzer is in her 31st year as director of the Green Valley High School Choirs in Henderson, Nevada, opening the school in 1991. She is in her 32nd year as a teacher for the Clark County School District (CCSD). As a graduate of the CCSD, she is proud to have taught her entire career in the district she grew up in.  She is a 1990 graduate of UNLV where she received a Bachelor of Music degree in Music Education and a 2001 graduate of The University of Phoenix with a Masters Degree in Educational Administration.  Mrs. Ritzer currently serves as the CCSD Task Force Chair for High School Choir and Facility Chair for the district's Secondary Fine Arts Programs.  In addition, Kim chairs the Green Valley High School (GVHS) Performing Arts Department and has taught Secondary Choral Methods at the University of Nevada, Las Vegas. She has served three terms as president of the Nevada Music Educators Association and three terms as Nevada ACDA president.  She is currently Past-President of the American Choral Directors Western Division, and Secretary of the Nevada ACDA chapter. Under her direction, the GVHS Choirs continue to receive superior ratings at district, regional, state and national festivals. The GVHS Concert Choir performed at the 1998 ACDA Western Region Convention in Reno; the Madrigal Singers performed at the 2005 ACDA National Convention in Los Angeles; the 2009 ACDA National Convention in Oklahoma City; and the 2014 ACDA Western Region Conference in Santa Barbara. In June 2021, The Green Valley High School Madrigal Singers have been selected to perform at the ACDA Western Region Conference in Long Beach, in March of 2022. In June 2021, she was appointed Western Division Representative to the NAfME Council for Choral Education.

Kim's honors and recognitions are many. In November of 2001, Kim was named the Henderson Chamber of Commerce "Most Outstanding Educator" and in February of 2002, she was named "Nevada Music Educator of the Year.” In November of 2002, Kim was selected as a recipient of the "Clark County School District Excellence in Education" Award. In 2004, she was named “Outstanding Alumni for the College of Fine Arts” by the UNLV Alumni Association and was most recently a finalist in the “Heart of Education” Awards for the Clark County School District in 2016, 2017, 2018 and 2020. Kim was also a 2021 semi-finalist for the Grammy Music Educator Award. 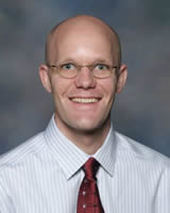 Alan Zabriskie holds a B.M. degree from the University of Utah (2002) in Music Education and an M.M. in Music Education from Brigham Young University (2006). His Master's Thesis is entitled: Achieving Blend within a Full, Rich, and Vibrant Conception of Choral Sound: A Teaching Approach for Singers of Varied Vocal Abilities. He taught for five years in the Clark County School District in Southern Nevada, including four years at Centennial High School. He is currently pursuing a Ph.D. in Music Education/Choral Conducting at Florida State University.

Alan's Chamber Singers performed at the 2007 ACDA National Convention in Miami, Florida. The Chamber Singers was one of only seven high school choirs invited to perform, and only the second choir ever invited from the state of Nevada. Additionally, he has served as an adjudicator and clinician in choral festivals in Nevada and Utah.

Alan is a member of MENC and ACDA and has served terms as the secretary of the Nevada Music Educator’s Association and as the treasurer of the Nevada Chapter of ACDA. He has also co-chaired the Clark County School District Mixed Honor Choir. Alan has been married for six years and is the proud parent of two children.