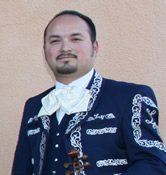 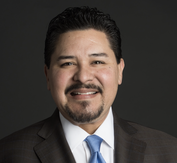 Richard A. Carranza is Chancellor of the New York City Department of Education, the largest school system in the nation. He is responsible for educating 1.1 million students in over 1,800 schools.
​
During Carranza’s nearly 30 years in education, he has served in virtually every role. Prior to New York City, he was the superintendent of the Houston Independent School District, the largest school district in Texas, and the seventh largest in the United States. Before that, he served the San Francisco Unified School District, first as deputy superintendent and then as superintendent. Before moving to San Francisco, Carranza was the Northwest Region superintendent for the Clark County School District in Las Vegas. He began his career as a high school, bilingual social studies and music teacher, and then as a principal, both in Tucson, Arizona.

A son of a sheet metal worker and a hairdresser—and a grandson of Mexican immigrants—Carranza credits his public school education for putting him on a path to college and a successful career. He believes that a great education changes lives, and is excited to help the next generation of New Yorkers achieve their dreams. As Chancellor, he is building on the City’s Equity and Excellence for All agenda, which supports students academically, socially, and emotionally from early childhood through twelfth grade. He is also championing initiatives to help educators strengthen their practice and to empower more parents to become engaged in their children’s education.

Carranza is the past chairman of the Board of Directors for the Council of the Great City Schools, where he served as a national spokesperson on significant issues facing urban school districts. He also served on the Board of Directors of the Association of Latino Administrators and Superintendents, the National Commission on Teaching and America’s Future, the American Association of School Administrators Executive Committee, and the K to College Advisory Board.

Carranza is a fluent Spanish-speaker and an accomplished mariachi musician. He is married to Monique and has two daughters. 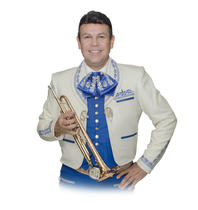 An accomplished trumpet virtuoso and graduate of the Grove School of Music, Jose is the first mariachi musician to have arranged, composed and conducted for numerous international symphony orchestras. His platinum-selling Sol de Mexico® became the first mariachi ensemble to be nominated three times for a Grammy – most recently on September 25th for his new symphonic CD, “La Música” with Mariachi Sol de Mexico and the Sinfonica Nacional de Las Americas. He is also being recognized for his work on Vikki Carr’s new CD, “Viva la Vida.” Not only did Jose co-produce the album and provide all of the accompaniment with “Sol de Mexico,”  he also composed one of the selections for this album, “Ay Amor De Mis Amores,”  “Sol” continues to travel the world as Ambassadors of Mariachi Music having performed to sold-out venues through the world including Spain, Argentina, Chile, Uruguay, Venezuela, Mexico, China and North Korea. Hernandez has performed for five US Presidents: Ronald Reagan, George H. W. Bush, Bill Clinton, George W. Bush and Barack Obama. Hispanic Magazine has recognized him as one of the Top 100 Most Influential Latinos in America.

Jose is especially proud of his work in education and is committed to working with young musicians to guide them along the way. He has collaborated with school districts throughout the country to assist them in building standards-based mariachi programs and has developed a full line of mariachi instruments for La Tradicion Music, a Division of West Music Company. As a Conn-Selmer Performing Artist, Jose is solely responsible for developing the new, highly acclaimed and ground-breaking Bach Stradivarius LR19043B Trumpet which was premiered at the NAMM Show in January of 2013.

Over the past year, Hernandez has also been collaborating with Hal Leonard Coporation which just released five of his arrangements including CIELITO LINDO, EL SON DE LA NEGRA, MARIETA, ME HE DE COMER ESA TUNA and POR UN AMOR. These authentic arrangements were inspired by Jose’s desire to provide appropriate selections for school ensembles that would focus on authentic performance style.
​
Jose is especially honored to have been invited to speak at the National Policy Forum on Music and the Arts being held in August at Pixar Studios by the White House Initiative on Educational Excellence for Hispanics. Partnering with Marcia Neel, president of Music Education Consultants, Inc., their work in guiding new students to mariachi education has become the national curriculum model being emulated in rural and urban school districts all across the country.

It has been well documented that Jose Hernandez and Mariachi Sol de Mexico® are an irrefutable institution within the mariachi genre. They continue to leave an undeniable legacy through their recordings as well as their contributions to the film industry including performances in Seabiscuit, Old Gringo, American Me, Don Juan de Marco, A Million to Juan, Glory Road, Beverly Hills Chihuahua and Rango.

Maestro Jose Hernandez is not only responsible for setting a new standard for all mariachi ensembles today, but also for immortalizing this wonderful, passionate music across the world.
Jacquelyn Guzman

​Jacquelyn Guzman is native to Tucson, AZ. Although she began dancing folklorico when she was a little older, 14, she fell in love immediately. She was a part of Los Tucsonenses, under the direction of Lisabeth Almgren and Marcela Cardenas from Tucson High Magnet School and graduated with a Performance Arts Credential. She then became a member of Ballet Folklórico Tapatío, where she danced under the direction of Maestro Sergio Valle Vasquez for over eight years.

It was under Ballet Folklórico Tapatío where she began her teaching career. She taught the Infantil group for Tapatío for two years and was then given the opportunity to work at Sunnyside High School as the director of Los Diablitos Azules for three years. Wanting a change of pace and something new, Jacquelyn relocated to Las Vegas, NV in the fall of 2008 to teach in the Clark County School District. Ballet Folklórico Sol de Rancho of Rancho High School has acquired many accolades since she has began directing the group. It was here that she saw a greater need for folklórico in the community and also began teaching an Infantil group in the evenings. Most of the members of the Infantil group were siblings, cousins, neighbors of her high school students. When members of Sol de Rancho began graduating, they did not want to stop dancing and so, in 2012, Jacquelyn formed Ballet Folklórico Sol Huasteco with former students.

Roberto Lopez, originally from Tucson, Arizona, began playing guitar, vihuela, and guitarron while enrolled in public school. He has studied with Mariachi Vargas de Tecatlitlan, Mariachi Los Camperos de Nati Cano. He has performed in a number of professional mariachi ensembles in Arizona and Nevada and has shared the stage with Placido Domingo, Shaila Durcal and the Nevada Pops alongside Maestro Jose Hernandez. Roberto currently teaches mariachi full time at Rancho High School in the Clark County School District headquartered in Las Vegas.