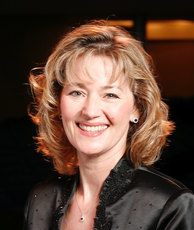 DR. ​LYNN  BRINCKMEYER
Dr. Lynn M. Brinckmeyer is Professor of Music, Associate Director of the School of Music and Director of Choral Music Education at Texas State University. During 2006-2008 she served as President for The National Association for Music Education (formerly MENC). Past offices include: President for the Northwest Division of MENC, Music Educators Journal Editorial Board, Washington Music Educators Association General Music Curriculum Chair and Conn-Selmer University Advisory Board. She also served as a Music Expert on the Disney, “Let’s Play Music” Site. In addition to chairing the Eastern Washington University Music Department for six years and conducting the EWU Concert Choir, Dr. Brinckmeyer received both the PTI Excellence in Teaching Award and the CenturyTel Award for outstanding faculty. Other awards include the MENC Lowell Mason Fellow, Washington Music Educators Association Hall of Fame, the MENC Northwest Division Distinguished Service Award and Eastern New Mexico University’s Outstanding Alumni Award.

Dr. Brinckmeyer recently published Wander the World with Warm-ups with Hal Leonard Publishing; her book Advocate for Music with Oxford University Press just became available this January, 2016. Dr. Brinckmeyer is also a contributing author for Interactive Music – Powered by Silver Burdett, The Music Director’s Cookbook: Creative Recipes for a Successful Program and The Choral Director’s Cookbook: Insights and Inspired Recipes for Beginners and Experts. She founded the Eastern Washington University Girls’ Chorus while teaching at EWU. She also served as Artistic Director for the Idaho State Children’s Chorus in Pocatello, Idaho and the South Hill Children’s Chorus in Spokane, Washington. Dr. Brinckmeyer is a co-founder and Artistic Director for the Hill Country Youth Chorus in San Marcos, Texas.
​
Dr. Brinckmeyer’s degrees include a Bachelor of Science in Education and Master of Music Education from Eastern New Mexico University, and a Ph.D. in Music Education from The University of Kansas. In New Mexico she taught elementary music and middle school choir, then moved to higher education in the Pacific Northwest. At Texas State University Dr. Brinckmeyer teaches graduate and undergraduate courses in choral music education. She serves as Associate Director for the School of Music, Coordinator for Music Education, and directs the Texas State Women’s Choir. Each summer Dr. Brinckmeyer teaches classes for Will Schmid’s World Music Drumming workshops. She has conducted all state choirs and honor choirs, lectured, presented master classes and performed in forty-nine states in the United States and sixteen different countries, including China, Brazil, South Africa and Cuba.
​ 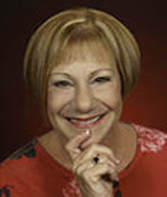 SUSAN MUELLER
Susan Mueller, associate professor of music, has extensive experience in elementary music education and the Orff Schulwerk approach. Mueller holds a Bachelor of Music at the University of Kansas, Master of Education in fine arts and curriculum from Lesley College, Level I-III and Masters class Orff Schulwerk certification and serves as a mentor teacher for educators nation-wide. She taught K-5 music education for 27 years in the Clark County School District, Las Vegas, Nevada, until her 2005 appointment to UNLV where she teaches graduate music education courses, and serves as the Director of the School of Music.
Mueller is a nationally recognized and active workshop clinician for the American Orff-Schulwerk Association (AOSA) and the National Association for Music Education (NAfME) conferences as well as for conferences and chapters in Canada. She teaches basic Orff Schulwerk pedagogy at UNLV, and University of Central Florida. She has served on the National Board of Trustees for the American Orff-Schulwerk Association as Region II Representative (1996-1999), National Conference Chairperson (2000-2003, 2008-2011, 2014-2017), Vice President (2003-2005), and President (2005-2007). She has received Honorary Membership for service to AOSA and the Nevada Desert Valley Chapter's of AOSA's Lifetime Service Award. Mueller is published in the Clark County Elementary Music Curriculum Guide, Las Vegas Writes II, and has authored two publications, Simply Speaking, and Simply Beginning, both of which are teaching resources for the elementary music classroom. 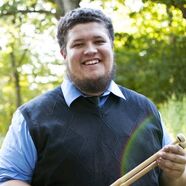 TYLER SWICK
Tyler Swick is an adventurous music educator and performer who is known for his original songs and lessons that can be found on his YouTube channel, Swick’s Classroom which features videos of catchy songs that showcase his “cutting-edge creativity and a self-taught knack for audio and video production to create highly entertaining educational material. The channel now has nearly 5,000 subscribers and more than 800,000 total views. The only elementary music educator so honored, Swick won the Heart of Education Award in the country’s fifth-largest school district--the Clark County School District. Tyler was also honored when selected for the 2021 inaugural class of Yamaha's "40 Under 40" music education advocacy program which celebrates and recognizes outstanding music educators who are making a difference by growing and strengthening their music programs.

After the bell rings at the end of the day, Swick heads over to the College of Southern Nevada where he directs the Coyote Calypso Steel Drum Band and teaches History of Rock to undergraduates. Outside of the classroom, he has performed at the Latin Grammys; the world’s largest steel pan competition, Panorama; and was featured in an international LG phone commercial. Swick has played alongside Keith Urban, Logic, Mike Portnoy, Billy Sheehan, Bad Bunny, Stephen Perkins, Tracii Guns and can be heard on the upcoming video game, "Beyond Good and Evil 2."
​

NICOLE YORTY
Nicole Yorty currently teaches general music grades K-5 at Twitchell Elementary School in Henderson, NV. She graduated from Susquehanna University in Selinsgrove, PA in May 2006 with a Bachelors of Music in Music Education Degree. She is currently working on her Masters of Music in Music Education from University of Nevada, Las Vegas. Her love of professional development during her undergraduate studies took her to various clinics throughout the country, where she met Marcia Neel. Nicole was intrigued by the amazing music program in Clark County, which led her to begin her teaching career in Las Vegas. Her first year of teaching was very successful. She directs an Honors Choir, Recorder Club, and Orff Instrument Group for fourth and fifth graders before school, greatly increasing the number of performance opportunities for those students at Twitchell. She has started a monthly tradition of students and teachers gathering outside to sing patriotic tunes before school begins. In addition, she organized assemblies for “March as Music In Our Schools Month,” where every student in the school performed for their peers, families, and community members. Her students will be attending the district's Orff Festival this spring.

Nicole was awarded Clark County School District’s “New Teacher of the Year” in the category of Specialist. She was also one of six teachers chosen for the Clark County Educators Association Minority Affairs Committee’s “Above and Beyond Award.” Nicole will be presenting a session at the Pennsylvania Music Educators Association Conference in April targeted towards undergraduate students preparing for their first year of teaching, entitled “YOU CAN! Succeed Rather Than Survive Your First Year.” She has also co-presented technology sessions for the 2007 Music Teacher In-Services for the Clark County School District.
​